Is Plastic Surgery Appropriate for Children? 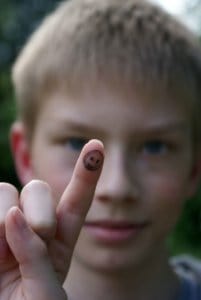 Cosmetic surgery has become increasingly among adults in the United States and around the globe. However, there has been some controversy about the growing number within the youth population choosing to have elective plastic surgery procedures performed. In a recent story, a 6-year old Utah boy made headlines for having an otoplasty, or ear pinning surgery, to address his “protruding ears.”

The young boy, only in the first grade was a victim of bullying having experienced teasing by his classmates for the size and shape of his ears. Naturally, the boy’s parents were concerned the extent of bullying their son was experiencing in his early development years, could cause permanent emotional issues that extend beyond his adolescence. The parents sought advice from behavioral specialists who warned them about potential social anxiety affecting many bullying victims. After much consideration, the young boy’s parents felt surgical intervention would be the best option to address their son’s primary frustration with school bullies. When the boy was asked about his thoughts on the ear-pinning surgery, he stated “I just don’t want to be made fun of.” His parents thought the best thing would be to move forward with the surgery.

Although both the child and the parents were ultimately happy with the final outcome, not everyone agrees this type of drastic intervention is in the best interest of the child. Some child psychologists believe children should accept the physical and emotional attributes making them unique and learn to appreciate themselves and others for those differences. Whether you are in support of or against plastic surgery to address bullying, everyone would agree we should encourage promoting a more positive self-image.

If you are interested in learning more about the surgical and non-surgical procedure options, CLICK HERE or call Dr. Greenwald’s office 914-421-0113 and ask to speak to a patient coordinator.